Witness the spectacular on-track accomplishments of one particular racing family, moments that have etched the Villeneuve name amongst the pantheon of motorsport legends. For many Canadian it all began one cold October day in Montreal, the day in 1978 that Gilles Villeneuve won his first Grand Prix, on his home turf, driving a Ferrari. For young Jacques this was normal everyday life; Dad was just at work, doing his job.

When you are the son of a racing Legend, and you decide to go racing, the eyes of the world are fixed firmly upon you. Determined to define his career on his own terms, Jacques chose to establish himself in the ultra-competitive IndyCar World Series.

At the famed Indianapolis 500 in 1994, Jacques would finish 2nd and secure ‘Top Rookie Honors’ on his first attempt. Later that same season, with a breathtaking pass for the lead, Jacques would score his first Top Level Victory at the Road America circuit.

Returning to the Brickyard in 1995, Jacques overcame an early two-lap penalty to become the first Canadian to win the Indy 500, racing 505 miles in the process. Back at Road America, Jacques would again find himself in the circle, en-route to clinching the 1995 IndyCar World Series Championship.

My goal is not to be a race-car driver. The reason I’m racing is because I enjoy being in the car and being on the edge

For 1996, Jacques joined the Williams Grand Prix team to contest the Formula 1 World Championship. It didn’t take long for Jacques to ‘Rock the F1 Establishment’ as he qualified on the pole and nearly won his first F1 race. In only his fourth start, Jacques would hold-off a charging Michael Schumacher to claim victory at the European Grand Prix. Jacques’ daring pass of Schumacher on the outside of the fastest corner at Estoril, a move practiced in IndyCar, was reminiscent of his Father’s many on track heroics.

One year later Jacques would again surprise Michael, this time with a stunning out-braking maneuver to claim the 1997 Formula1 World Championship. In doing so, Jacques Villeneuve joined Emerson Fittipaldi and Mario Andretti as the only drivers to win the Formula 1 World Championship, CART Indycar Title and the Indianapolis 500.

Passion and commitment are the stand out qualities that legions of fans associate with the Villeneuve name. Jacques’ experience on racing circuits around the globe has given him an intimate understanding of the various combined elements that make a truly great ‘Drivers Circuit’. Jacques has brought a lifetime of knowledge, passion and commitment to the design of the circuit at Area 27. The next chapter in the Villeneuve Legacy, written in asphalt, can be yours to discover… 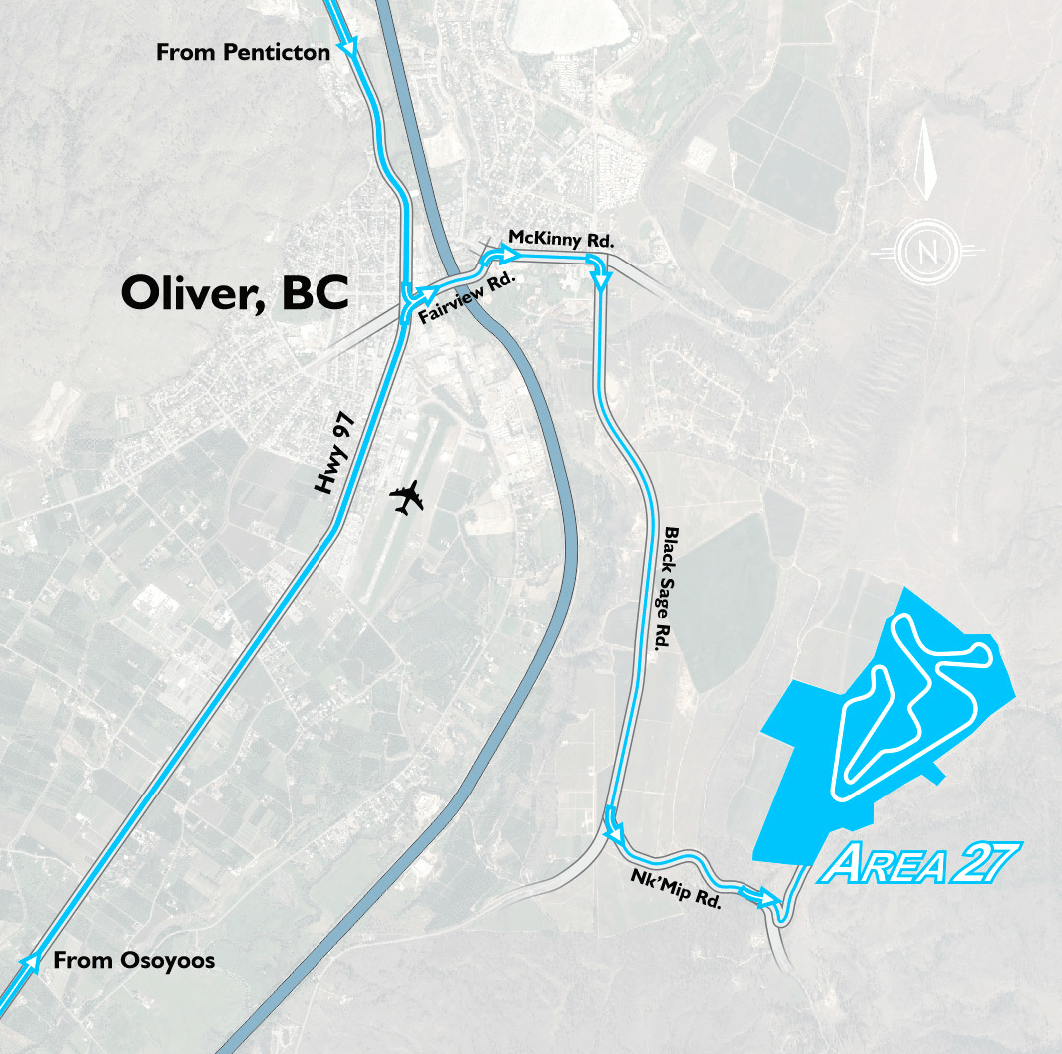 We suggest fully enclosed, flat-bottomed footwear (similar to a court shoe) for ease of downshifting and proper foot movement between pedals. Sandals or open footwear are not permitted.

To prepare for your Academy session: A $500 non-refundable deposit is due upon registration, the remainder will be due upon check-in on event date.

Insurance: Your traditional road insurance might not cover track use. It is the responsibility of each driver to check on his/her insurance regarding coverage.

Gift certificates are available upon request.

* Academy 27 coaches and/or Area 27 Marshals may refuse any vehicle that appears unfit or unsafe for use – if in doubt, contact us 30 days prior to your registration date.